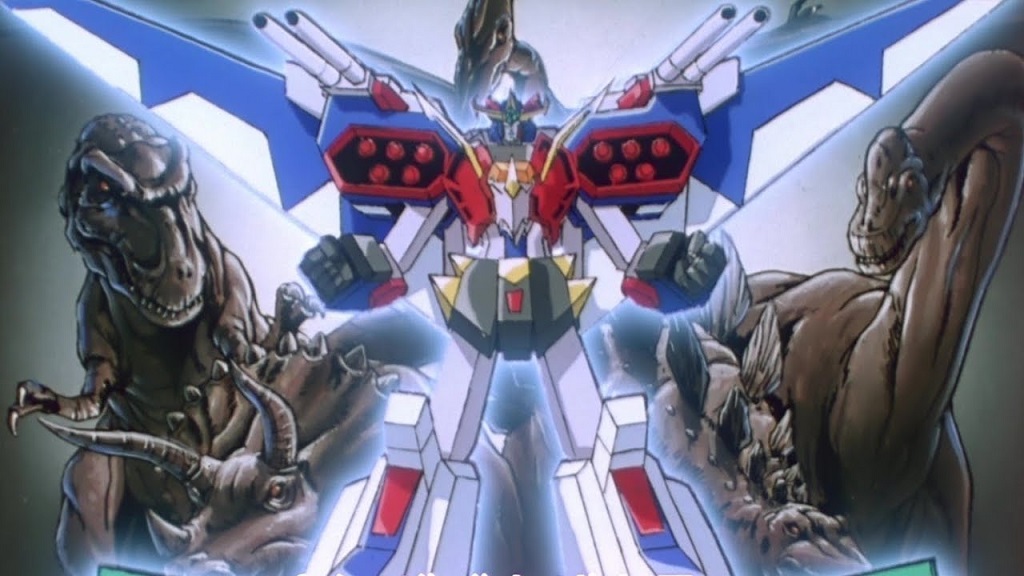 There is a giant robot sequence at the end of this post and it is totally worth the time.

I was introduced to Japanese animation at a very young age, though since I was three or four years old at the time I wouldn’t have known the difference. What I did know was that the Transformers, Thundercats, Voltron, and Dinosaucers all had robots and lasers and aliens from far-off worlds, thus filled the cartoon food groups of the 1980’s.

It wasn’t until the 1990’s got going and I got older that I learned to appreciate the differences between an American cartoon and a Japanese one; the term “anime” wasn’t something I would even hear until well into the decade when Toonami launched on Cartoon Network. My “true” introduction to this world of intricate storytelling and highly detailed style was with Dragon Ball Z and Sailor Moon. “Ooooo, Alex watched Saiwer Mooown, oooo.” You bet your ass I did, right along with my girlfriend, her friends, my friends, and their boy/girlfriends and we would geek about it at school. Plus the girls were cute and I was in my mid-teens, that’s really addition at its most basic level.

The 1990’s. Princesses and Saiyans, Knights and Outlaws, what a time for the action cartoon genre! The trouble with my voracious appetite for anime was that at the time it was limited strictly to what was on television or what you heard about at school or saw in the local FYE or Borders Books & Music. Occasionally the SciFi channel would play grittier, more mature stuff in the summer with Adult Swim taking on that mantel in later years. However there were plenty of shows that never saw release outside of Japan or the Asian market, and I didn’t delve much deeper into anime until later in life, primarily thanks to the invent of streaming media services. So it was that from 1993 to 1995 I completely missed out on a little thing called “Nekketsu Saikyō Go-Saurer“.

The show, as should be apparent by the dinosaurs and giant robot up there, is about a team of robot dinosaurs that combine to form a giant robot who then combines with two more giant robots to form a humongous robot. All of these robots are disguised as a school and the children inside pilot or otherwise control them because of course they do, come on! These kids may or may not also be cyborgs after machine-meteors crash into them. Typing this makes me want to weep tears of pure joy.

I’m currently watching this series and am teasing what information I can from it due to the fact that there’s no subbed or dubbed version, at least not that I can find, so having that Wiki article is a big help. A big thanks also goes out to Llewelyn Mistral over on starfox.net for the images I’ll be referencing, they were by far the best quality I was able to find that wasn’t of the toys.

The primary vehicle in Go-Saurer is the Saurer Jet which is itself composed of the main “Saurer Formation”: Mach Ptera, Land Stego, and Thunder Brachio. 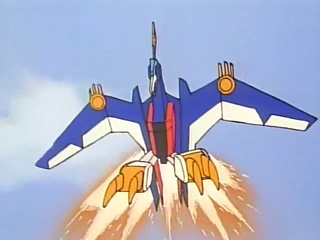 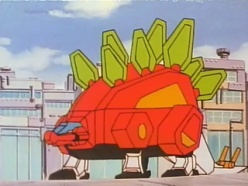 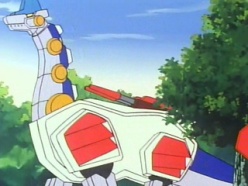 But why just stop at one giant robot when you can have two giant robots? Enter the Magna Tyranno putting in a most excellent Dragonzord cosplay. It’s a fire-belching tyrannosaur that transforms into the fire-blasting Magnasaurer!

As long as we’re going to have two giant robots in the hanger, why not spring for a third! Grantops follows in Magna Tyranno’s giant footsteps by being its own fully functioning giant robot as well, transforming into the Gransaurer. The name alone suggests that it would be the veteran of the group exalting the importance of barrel-rolls.

BUT THEN ALL OF THIS SHIT HAPPENS!

And what are you left with after all the dust from that symphony of mechanized chaos has settled? The grand King Gosaurer itself, a battleship of a mega-bot with frigging foot cannons and shoulder-mounted missile pods, and those are just the weapons that you can see! Forget about everything else that comes out of this behemoth, this mecha has it all. What more could nine-year-old me have asked for?

Well, to have seen it and maybe had a toy for one thing! Know what I had? I had Extreme Dinosaurs. That show didn’t even hold up then, let alone today. At least I had a bit of comfort in Cadillacs and Dinosaurs and S.W.A.T. Cats. They may have lacked a giant robot but I at least had dinosaurs and a super jet between the two.

Well, Power Rangers did have the Zords, Megazord, and Dragonzord. I suppose I still had a little taste of giant robot dinosaurs. I just think kid-Me would have really dug this show.

2 thoughts on “Nekketsu Saikyō Go-Saurer, The Coolest Cartoon I Never Got To Watch”