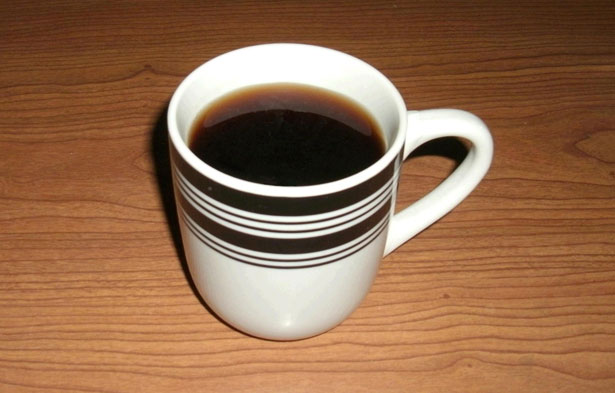 At three twenty-seven in the morning, a sharp crack jolted Frank out of his creative haze. Looking towards the window, he noted the absence of the one of the more impressive icicles from the fire escape. Reaching over, he raised the nearly empty coffee mug. “Salute.”

Setting the mug down and turning back to the screen, he cupped his stubbled chin with the other hand and went back to his brainstorming routine of alternately tapping the plus and backspace keys, setting a rhythm for his mind to sort its ideas out into.

Christopher approached the door to the master bedroom, a sense of dread anticipation for what he knew he would find beyond it tearing at the flimsy shred of hope that it was just his own mind toying with him.

“Too heavy on the word sauce,” Frank said to himself, “pare it down.”

Two steps forward, one step back. Being a writer was doing the cha-cha with yourself on a diet of coffee and Pringles. Frank picked up the mug again and, draining it with a swift gulp, got up and went over to the pot to refill it. One sugar, a dab of cream, neither enough to make it more than slightly less dark and bitter. He took a hot sip and shuddered slightly, the mean flavor combining with Freddie Hubbard drifting from the radio dock to deliver a one-two punch to his mind. Bring the flow, he though.

Sitting back down, Frank went through the sentences he had just typed, cutting out the words that felt like they were only there to add to the page count and making substitutions for those cases that could be saved. Then he hit Enter and returned to his tapping. After a span that felt like forever but was in fact barely three minutes, he dropped his head slightly and gave a low groan, cupping his stubbled face in both hands. His eyes looked back up to the screen.

“Damn it, Christopher, it’s like you know what’s going to happen and refuse to work with me here.”

Christopher, being a creation of Frank’s creative process, did in fact know what was about to happen. He knew that when he opened the door to the master bedroom, there was going to be a ghoulish hell-spawn squatting on the canopy bed crunching the bones of the cursed Dumont Heir, that the fiend was going to turn to gaze at Christopher menacingly and shriek before darting into the fireplace and up the chimney. Why, then, was it so difficult to actually make that happen? A story was a series of scenes strung together by plot, writing was a series of scenes running rampant through the house while plot was passed out in front of the game.

Frank sat up again and grabbed the can, pouring out a handful of chips. He leaned back and crunched as he let the jazz quietly order his thoughts. I should get in touch with Carl later and see if Tuesday’s still on. Christopher looked to his left, confused by the sudden appearance of Carl. Carl, for his part, was only slightly phased. The ghoul sat on its haunches and puffed a cigarette, waiting for things to get on with it.

Frank sighed and got up. He had to get out for a little bit, a stretch and some fresh air would help. Going over to rack where his coat hung, he paused the jazz station and unhooked the phone. Putting in a pair of earbuds, he threw on his coat and hat, pressed Play, and went out the door.

The History of “Frank”

This is Frank. Frank is a good friend of mine, you might have met him at some point. If you’ve ever sat down to write something and found it difficult, you’ve been in Frank’s company. Frank has been sitting cozy in my head for some time now but I think we’re due for some friend-counseling.

I might play with Frank some more, the idea of a writer interacting with their creations in a distracting every-day setting is a scenario that could be amusing. Originally written up as a late-night experiment and posted online, now properly proofread and submitted to the Weird Collection.

Blithe&Buoyant
Is That A Funeral?